Politics and the Truth

After suggesting in my first blog that the Government would not be able to achieve a Budget Surplus in this financial year, I am so pleased that the reality and the truth has prevailed.

The expected comments by the Opposition were predictable, that they have broken their promise yet again. Their rubbish statement that they could achieve  a surplus, then to back track was also predictable. Is this a corr and no corr statement?

The public are heartily sick of claim and counter claims, what they want are genuine policy debate without the spin, but with some resemblance of truth. For far too long, all we see from main stream media is the "so called" sensational coverage of degeneration of individuals like Craig Thompson & Peter Slipper.

Individuals should not be the main news topics, but all the big policy items get lost in the search for headlines. The passing of the historic agreement on the Murray darling Basin, NDIS and further debate on the Gonski Report, and how we can improve health. These are the topics that should make headlines, not the crap.

In Bendigo we are seeing the usual blame game between the Commonwealth and State government over hospital funding at a local level. Truth becomes the first casualty of any debate and in the meantime, elective surgery blows out and staff are to be re-trenched. We are a wealthy Country, this should not be happening; front line services and peoples wellbeing are a prerequisite of paying taxes.

Where have we gone wrong? The public voted for a hung Parliament, surely we are mature enough to deal with the situation and Julia Gillard had the better negotiating powers than Tony Abbott, that should have been the end of the situation for 3 years. We have seen an opposition obsessed with losing power when it was so close and probably achievable.

The current news cycle, I believe was created by Kevin Rudd who was a news junkie and he and his staff knew how to get the headline grabs, but the only problem with that was policy was made on the run, and it was no wonder that he fell out with the cabinet and parliament colleagues, along with staff who could not keep up the manic pace.

I believe it is high time that when you are in opposition, that you accept a policy by the Government that is good for the Country and don't just oppose it for the sake of being in opposition. The point in question is the NBN regardless of the predicted cost of $37 Billion It is my belief that the Opposition's Communications spokesman, Malcolm Turnbull, would dearly love it to be their policy.

It's my opinion that the NBN will ultimately be the best piece of infrastructure this Country has ever seen. When we see the untold benefits for health and education along with giving us a competitive advantage over other countries when doing business.

We have slipped behind over the past 15 years because lack of Government funding in the big infrastructure projects, particurlarly transport, ports and areas of science. We are no longer the smart Country with spending, and our smartest brains have pursued their careers overseas. We can have it return if we properly fund Universities in the right areas. Resaerch & Developement, Science & Technologies.

Just on another note, I am so sick of hearing about Government waste during the GFC with overpriced School Halls & Pink Bats. I believe that they both could have been better supervised, and yes their was waste which is always going to happen when you are trying to roll out policy quickly to save jobs. Yes millions was wasted, but look at the alternative to being in recession and people losing their jobs and no longer paying taxes but recieving unemployment benefits. I know which one I would prefer.

I think Kevin Rudds legacy will be for 2 very important things and they were the Apology to the Stolen Generation and the state of the schools with the building projects, which puts us on a good footing for the next 30 years which should not be lost on over spend and lack of contract supervision, but it kept the economy strong.

There has always been exageration from all political parties and as voters its always been dificult to evaluate the truth from fiction. Trying to get the truth from MSM has at times been impossible due to their partisan stance on such issues as global warming and Carbaon Tax. So you just have to decide what you believe is the right thing for you politically.

With the Federal Election due in 2013, let's hope that we get a decisive result with not too much power to one party that we get bad policy and these without political influence get left behind by a party inflicting pain for all the wrong reasons.


Individuals should not be the main news topics
Posted by Unknown at 17:26 No comments: 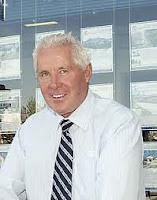 Bendigo - The Place To Be

It appears that the Bendigo Real Estate market is showing some very positive signs, with house prices up approximately 4.3% for the past financial year. It was suggested that the median price for a house in the city was $325,000

According to figures for the June quarter from Victoria's valuer-general, show the Bendigo market continued it's upward surge. The statewide trend is heading in the opposite direction, down 4.5% for the 3 months to June.

When you consider that Bendigo's new hospital is to be built over the next few years involving approximately 735 construction jobs plus the multiplier job effect; Bendigo, really is the place to be. Of course during the construction phase, many new employees will have to be housed and if you consider that the current Bendigo Rental vacancy rate is 0.5%, that puts even more strain on the rental market.

At a recent launch of La Trobe University "Future Ready Strategic Plan" and an interview with Associate Professor, Trevor Budge on Bendigo IPTv's Pointy End program, it was suggested that the Bendigo Campus could get an extra 1,500 students over the next 5 years, taking their total to approximately 6,500.
This of course also puts pressure on the already tight rental market and also brings increased demand for existing housing for new staff and allied people working at the La Trobe Uni. With such low vacancy rates, it would suggest that rents should rise because of increased demand. The Bendigo Real Estate market has been buoyant for a few years which is contrary to the National Market, which has seen a downturn.

You would think that Self Managed Super Funds would now be seriously looking at Real Estate as an investment, as they see their Term Deposit Investments reducing due to the cash rate now down to 3%. We are still seeing signs of volatility on the Australian Share Market due to the uncertainty of the proposed US "Fiscal Cliff" and the European Debt Crisis, not to mention the uncertainty surrounding the Chinese Economic growth, even though the latest data suggests that business conditions are improving.

When you take all these factors into account, why would you not consider Real Estate as a sound investment tool. The smart investor should always have a mix of investment assets and not be too heavily weighed in a certain sector.

For all the above reasons, it would suggest that Bendigo is a great place to invest. My thoughts and comments are in no way to be taken as investment advice as you should always seek your own independent advice. This is my opinion as a former Real Estate Agents of over 33 years experience in the Bendigo Market.

Time For A Reality Check

We live in rapidly changing times, but when are we going to have a rational debate about the really important issues.
The level of politics in this Country at a National level has descended into a point scoring, vicious and no-policy debate.
When are we going to discuss the crazy debate about budget surplus, both sides of politics know that we won’t achieve a genuine surplus and if we do it is engineered or we change the goal posts. Both sides know now is not the time for a surplus, but both are locked into vote buying.
Why aren’t we having independent discussion about the increase in the GST levy, The Henry Review would have been the ideal vehicle but that was excluded because the Government knew the outcome and it would have been too hot an issue to accept.
The increase in any GST levy could have funded the really important issues like Gonski Review. We could have implemented the long awaited NDIS, infrastructure that would alleviate bottlenecks at Ports and new possible train service to Tullamarine and new road plans could be well under way, including Eastern – West Gate Tunnel Link. The terrible state of our hospitals would also have seen improvement.
Surely tax payers are entitled to something better than highlighting all these important initiatives, but they are down the track for future Government which may or may not be able to fund them.
This Government has done very well in spite of a hung Parliament to get many important legislative changes up. It is time for the LNP to put forward genuine policy issues if they are to be a credible alternative Government.
Another issue which I know will never get up is a proper debate about the effectiveness of State Governments. We are all sick of the duplication of services and the blame game when it comes to funding of Education & Health. Surely elected Senators could speak for State issues if we ultimately got rid of State Governments & we would save money.
Also over the past few years State Government have cut back funding many issues that affect local Government. Many Council are now struggling under the weight of required services like roads, drainage and waste management, along with still funding superannuation.
The issues that I have highlighted are just a few of the real concerns that confront Governments in this Country. We really are the lucky Country with low unemployment, low interest rates and relatively low level of debt.
In having said that, when you listen to main stream media, you would think that Australia is facing the financial cliff. Times are good for the mining industry, even though commodity prices have come off their historic highs. Unfortunately Retail is terrible and not all pockets of society are benefiting from the mineral boom, therefore I believe that MRRT is a good thing and the carbon tax ultimately will be a great tool in changing people’s habits.
We have got to get used to both sides of politics arguing their policies over the next 9 – 10 months and it is somewhat confusing to know what’s right and what’s just spin.
The next election should be fought on policies not personalities and it would be great if we had an independent body costing  some of the promises.
We, the electors are sick of what has taken place over this term of Federal Parliament with the vitriol, the name calling and lack of respect of our elected members. Enough is enough.
It is time for the proper debate of what’s important for the Country, not what’s important for political party’s survival. We all deserve better. All I can say is, thank God for the independent members who bring a level of sanity back to the debate, as they don’t have to vote on party lines. The parties think they have all the answers and wisdom, but quite often factions control the debate for the wrong reasons.
So please for the sake of us ordinary un-aligned voters, think of your constituents, have that reality check and consider what’s important for this Country over the next 10 years. Not what’s important for the next term of Government.

Keith Sutherland
Posted by Unknown at 23:48 No comments: